We just started the school year and we’ve already had some major things going on, from the “Supra” launching and the team FORCE bake sale, we’ve had a very interesting ride for this first month. But today want to share with you my experience with the Claro Soccer Cup (Copa Claro). I’ll be talking about the whole process of selection of the team, and the full experience that comes with it. 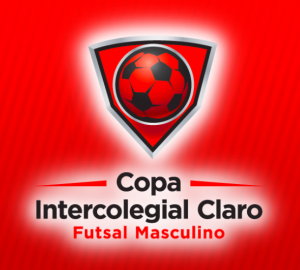 We started with the training, due to the short time we had to prepare ourselves, we had a lot to cover in just a month and a half. So we started practicing as much as we could but with ourselves. We had good material but we had to improve our chemistry in the game and our stamina. We also had some troubles in-game, like the lack of communication and the lack of pre-made plays in attacking and defensive zones which gave other teams a clear chance of creating danger for us.

Although we knew that the challenge ahead of us was a strong one, we managed to make it through some friendly games to get to know other teams and see how we were in comparison to them. After some weeks, we could make some progress and get some strategies to prepare for our first game.

The true challenge came when the team faced it, the first game of the tournament; it was vs. Sek Las Americas. The first half was very balanced, we were leading it 1-0 and all our work was giving its product. But with the second half began the trouble, with the lack of resistance and the comeback that our opponent made.  We faced a 4-1 loss to start things of. We couldn’t do anything more than what we did, we ate it up, we acknowledged our mistakes, and we started to train harder.

Due to the election process of Saturday 6th, we had to postpone the second game to last Saturday 12. We faced San Bartolomé Vegh and lost 4-3, but that game was much better, the only few mistakes we made were the ones that ended up in goals from the other team. The team was doing much better, everyone saw it, and we knew we were ready for our 3rd and possibly last game, versus Conexus.

Our odds were very little, we had to pray to stay in the tournament, our only hope was for another game to end in a certain way and we had to make a minimum of 4 goals to pass. We managed to make 5 goals, ending the game 5-0 and we made our part, we only needed to wait for the results from the other game. Things didn’t go as planned and we got disqualified from the tournament but we at least got one win that made us feel proud of ourselves, we were proud of our work in the tournament and we are waiting for the next invitation.