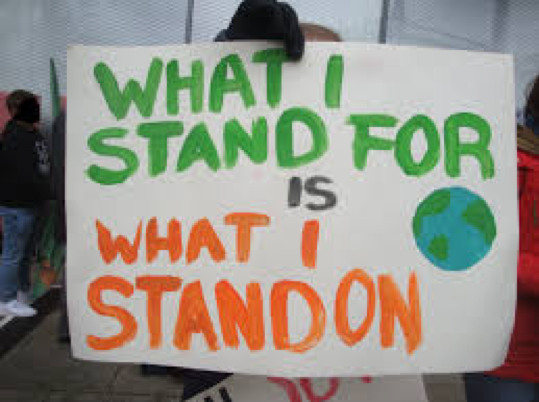 Greta Thunberg, a 16-year-old environmental activist in a constant fight to end climate change, has created a movement called Fridays For Future. It consists of students skipping school on Fridays to fight and protest against global warming. Students get creative and design several posters and signs to prove their point. Some of them say phrases like “Go Green or go home,” “There is no planet B,” “Why should we go to school when you won’t listen to the educated,” and many others. 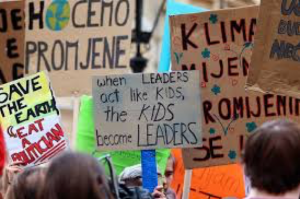 This movement started in August 2018, and it is growing and slowly reaching every country in the world. Its purpose is to raise awareness among the massive problem that global warming is turning into. There are now more than 150 countries that are part of this movement, and the Dominican Republic is one of them. This happened on September 27th, when a group of people protested on the Winston Churchill Avenue, demonstrating that we’re also part of this global strike.

I understand that some people think teenagers shouldn’t miss something as important as school just to fight for the planet, but do you really think studying is more important than saving your home? Imagine this: You’re getting ready for school, and suddenly your house starts burning down, would you really go to school or would you just try to put down the fire? As Greta says, “Our house is on fire,” and since no authority is saving it as they need to, the youth intervened. I believe that, just as Thunberg did and is still doing, we should fight to end climate change because that way, adults and everyone, in general, can understand the importance that this has and the consequences that it’ll bring if we don’t solve it soon. 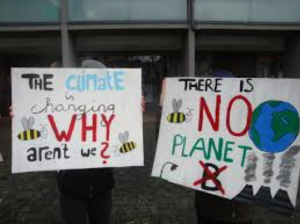 This is a problem that involves all of us, and we have to keep fighting, protesting, and convincing others until we find a way to get to the bottom of it. We first believed that scientists or authorities, in general, were going to solve this, and we let them be in charge of finding a solution, but now we know that this doesn’t work. We shouldn’t rely on others to do it, we have to make the change, and it must happen sooner than later. As some people expressed through their posters: “You’ll die of old age, we’ll die of climate change.” Adults care about this situation a lot, but it indirectly affects us more than them, which is why we won’t give up.