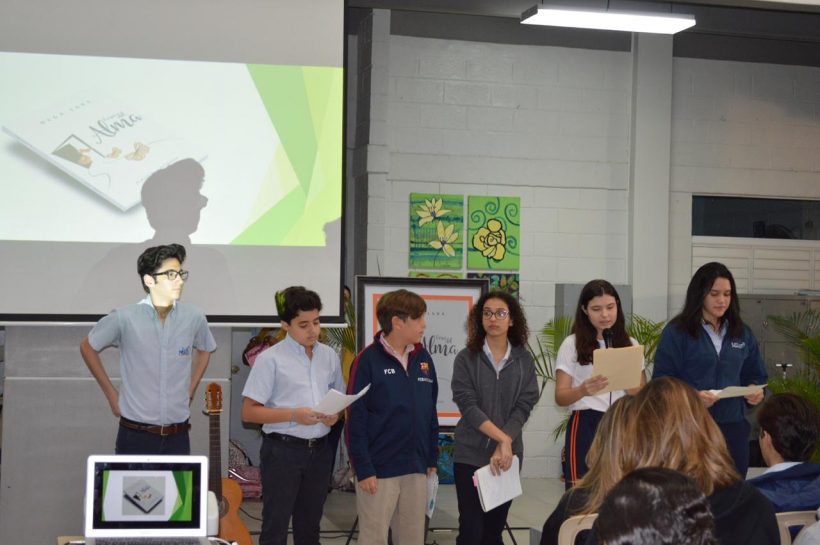 On October 21st the school celebrated Poet’s Day by inviting the singer/songwriter, psychologist, and writer Olga Lara to motivate the arts in our every day lives. She was also promoting her most recent book of poetry titled “Cosas del Alma” which means things of the soul and talks about different topics that relate to finding yourself and your purpose. Fellow students introduced her, talking about her life and achievements. Before Mrs. Lara spoke, there was an intervention made by a few scholars of various grades. They recited original poems written in Spanish class. One of the poems, made by a student in 10th grade, was a love confession to an unknown suitor; it described some of her characteristics and the things that made him fall in love with her. The poem was written in a sweet and delightful tone showing he was, quite literally, wearing his heart on his sleeve. 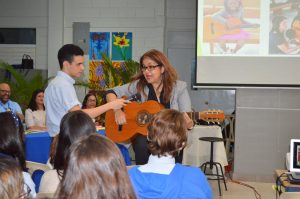 Lara’s presentation consisted of a few physical activities where she invited students to join her “on stage”. Some recorded interviews of her talking about her book were shown; the interviewers read fragments of her poems and praised their deep meaning. Lara continued reading other fragments breaking them down to their core meaning. When finished, students were given the time to ask some questions in which someone requested for her to sing. While singing she tried to hype the students dancing around and interacting with them, some even danced along with her in front of everyone.

After the first song ended the students were cheering for another one, to which Mrs. Lara complied. Keeping up the same energy, the scholars were left wanting more due to the lack of time in the schedule. Her poems represented a very prominent part of life, questioning who we truly are, and what we want to achieve in our lives. Mrs. Lara presents these themes in a very creative way that makes it easy to digest topics of that weight.