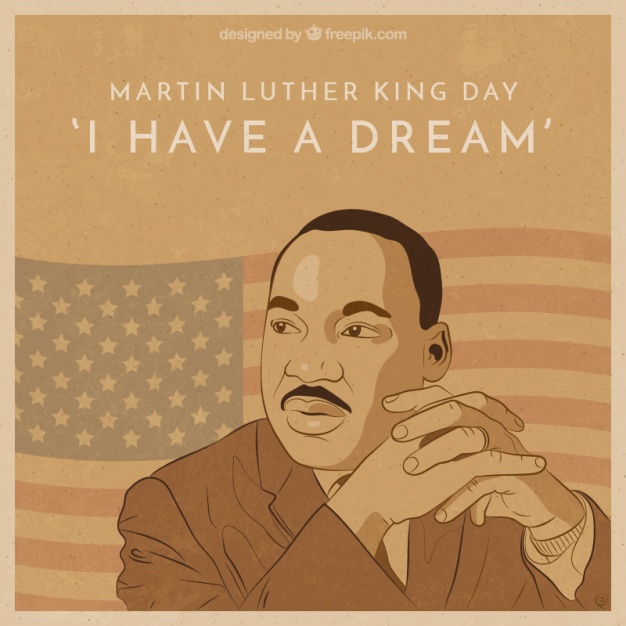 No matter how old you are or what school you go to, you’ve heard of this name. Martin Luther King, Jr. He represents the fight for racial equality and the end of segregation across the United States. He gave it all in hopes for a day where a person of color would be treated like an actual person and given a shot at achieving something in this world. He inspired people all over the country to stand up for their rights without resorting to anger or violence.

Unfortunately, this movement had an enormous setback as King was shot and killed on the balcony of the motel he was staying at by a felon who went by the name of James Earl Ray. Martin left this Earth on April 4, 1969, at the young age of 39. However, even though he’s gone, he will never be forgotten. His life and goal inspire countless others to pursue their dreams and fight for a better tomorrow. King’s actions tell us that no matter how difficult your dream may be and how many times life pushed you down, you should never lose sight of your goal and how to get there.

Without a doubt, King is remembered the most for his “I Have a Dream” speech. In it, he described an ideal world for all people of color and encouraged them to join him in ending segregation once and for all. The speech was so moving; even whites attended this historical moment. To celebrate King’s legacy, the students of 9th grade had the task of writing another speech about what our dream world would be. Even after hundreds of years, the world is filled with problems just like segregation that need to come to a halt. While thinking about what issues to include in the speech, the fact that hundreds came to mind was a wakeup call. I realized that these concerns should be shared. In light of this, I present you two different speeches from our 9th graders, the first one which was written by me.

All I Want
By Sara Bencosme

“As the year started, I looked at my family, and I had very high hopes and expectations about his year. Not just for the Dominican Republic, but the whole world. However, my hopes are struggling. In the past few weeks of January, the world has gone from bad to worse in a political and natural sense. That’s why it’s so important to have positive thoughts.

With these words, I ask of you to stand together and look toward the sun at a possible new horizon. Work for a better future. The world deserves it.”

I hope that these words inspired someone else to look at these problems like I now do. Let’s follow in Martin’s footsteps and try to fix our only home before it’s too late.

I Believe in a World
By Gabriela Melo (3-A)

I am happy to join you today with what will go down as my grade for this class.

Two full days ago, I was given the assignment to write a speech about what my perfect world is or what it would look like. A few years ago, I would’ve told you unicorns and rainbows, but now I have to think.

As I sit back, I think that I believe in a world where men and women are equal. Kids being sick, raped, trafficked with are just make-believe stories like el “cuco”. Sons and daughters don’t have abusive mothers or fathers.

So we’ve come here today to address a shameful thing, this world is terrible, and it’s not improving. It is pretty obvious this society is not perfect, but it’s not going to improve if all we do is sit on our bums and not do anything. Were gathered here in this classroom as sisters and brothers, to change this world, TO MAKE A MARK.

I believe in a world where family members don’t have to see their loved ones slip away, meaning no Alzheimers, etc. — not having any loved ones suffer from any life-threatening diseases and where kids don’t disappoint their parents.

I am not unmindful today that all of you are listening to me because of its part of your speaking and listening grade. But as you all stand up and present. Remember, I believe in a world where everything is okay, people believe in redemption, where people are given a second chance, no matter how wrong they did.

I believe in a world where everyone is equal.

I believe in a world where every city has the same rights.

I believe in a world where women don’t have to worry when they go out to the street, being comfortable with what they are wearing.

I believe in a world where people will be able to walk down a street or even a hallway without getting bad looks or gestures or having to hear whispers about themselves behind their backs.

I believe in a world where all of this is possible, and we can make this possible.

I believe in a world where the future of this world, meaning us, will make a difference.