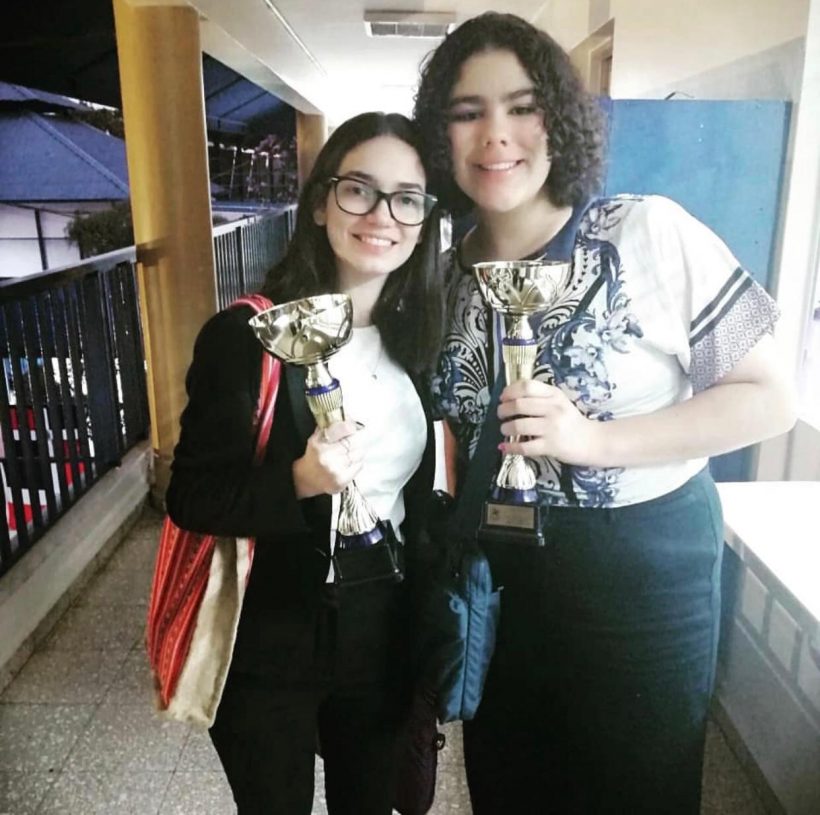 On Friday, February 7 and Saturday, February 8 members of the Debate Club participated in a debate tournament at St. George School. It lasted three hours on the first day and ten hours the next day because. Seventeen schools from the city attended. Some of the ones participating were Carol Morgan School, St. Patrick’s school, St. Michael’s School, New Horizons, Babeque, among others.

Ten students from high school represented our school. They were paired up to compete against other schools. Each of the pairs had a topic they were in favor of or against. The competition consisted of talking for two minutes defending your stand about the topic. One of the topics was if “The United States should replace the means-tested welfare with a universal basic income.” This means that the government gives a certain amount of money that comes from taxes to the citizens.

The competition has four categories in total: Middle School, Novice, Junior Varsity, and Varsity. Two of our students, María Carlota Peña and Yngrid Araujo, won second place on the category Novice. The winners were two students from Carol Morgan School. These competitions enrich the knowledge of the student. Debating is a really helpful way of practicing your speech skills. It prepares all of us for the future.