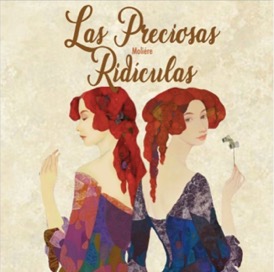 At the end of March, Lux Mundi was going to carry out an activity known as “La Noche Cultural,” were a play by Moliere called “Las Preciosas Ridículas” was going to be presented. They already had chosen the entire cast; they had done many rehearsals, and students were excited for the dances they had planned. Unfortunately, Covid-19 began to attack the country, so the school postponed the activity until 2021.

Many students, who already knew their dialogues, were sad. They were already getting to know their characters and appreciating this wonderful opportunity the school gave them. They even presented a scene from this play at school, and it could be seen that they were trying hard to make this event possible. It should be noted that multiple of the main characters are in their senior year and that later in 2021, they may not be able to participate in this event, which means that someone else will have to play their characters.

This can be very sad for many of them, as it was going to be their last “Noche Cultural” at school. Something like this has not happened before; this pandemic has canceled many activities, but the school promised everyone they will make this activity possible. The “Noche Cultural” is always expected by the entire Lux Mundi family; it is an activity full of joy, in which everyone likes to participate. Sadly, this year it could not be done because of this horrible pandemic, but we are sure this is going to be over soon.