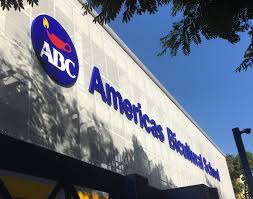 After participating multiple times in The Americas Bicultural School (ABC) soccer tournament, taking place in their compound, this year (February 15-26), we finally took the first-place trophy from the other teams.

Representing the Lux Mundi Leopards were our select soccer players Hannah, Rebeca, Isabella, Annabelle, Veronica, Mariana, Daniela, Maria Laura, Sofia, Cristina, Stephanie, and their captain, Laura De Herrera, who fought with everything they had until the last game. As usual, many supporters were cheering our team throughout the process; these were the player’s mothers, School classmates supporting the team, other family members, school staff, etc.

Going against the St. Thomas School in their final game, the Lux Mundi Leopards fought with tooth and nail to win, and all this work paid off. Our team scored nine goals, beating the St. Thomas team, which only scored one. The following players made the goals:

In conclusion, we gave the best effort to win this Inter-scholar Championship, renowned in many schools in Santo Domingo. We rightfully won after all these years. This team achieved what we have been fighting for since 2017, to win the ABC championship, and to do it with such scores was a tough challenge that we proposed for ourselves. The team outdid everyone’s expectations and proved we are the best.