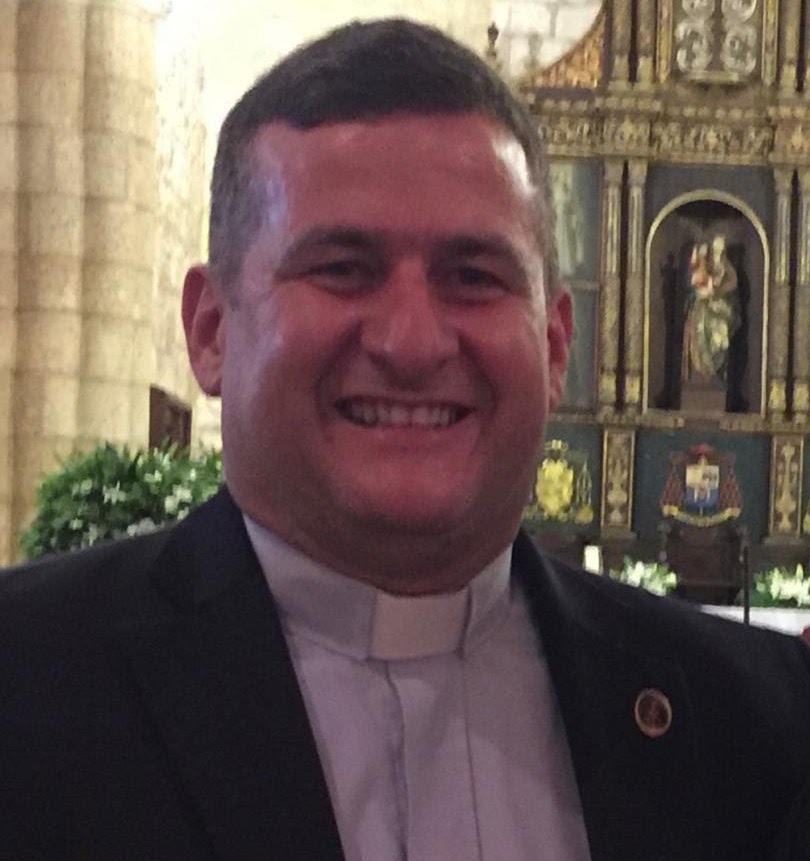 Last week, I had the opportunity to conduct a short interview to Father Jorge, Who has been in our community for a long time.  I asked him about different topics, and he answered kindly. The first question was about what was his first thought when he heard about the Covid-19 virus turning into a global pandemic. He told me that he felt confusion and fear, but on the other side, he saw an opportunity to expand his faith.

Then I decided to respectfully ask him some personal questions about his experience as a priest. I asked him about what led him to being a priest and why. He explained it to me and I was very surprised with his answer.  He said, “The main reason was that I saw the shortage of priests in the church and how I could take “The Step” to the front serving, which is how I met the Jesuits.”

I have always wondered for how long has he been a priest and when did he find out that he wanted to serve God so closely. I was shocked to hear him say, “I have 23 years of religious life in the Society of Jesus. On the other hand, I have been a priest for 14 years, recently completed on October 7th. I discovered that I wanted to serve God closely in 1994 on a mission with a group of young people in Camagüey, Cuba (my hometown).” That’s a lot of time serving God and putting him first, which is very admirable.

To finish this nice interview, I decided to ask him about his time in Lux Mundi and some things that he had experienced with us. His response was very admirable. He has been working with our community since 2009, celebrating the Eucharist and preparing students who were going to receive the sacrament of confirmation, as well as their families. He also offered catechetical Masses to First Communion children and their parents.

I can say that I’m very thankful for having the opportunity to interview Father Jorge and for everything he has done for our community. Unfortunately Father Jorge will be leaving the country soon to serve God in a different place. He will definitely be missed in our community. We wish him the best in this new part of his journey.