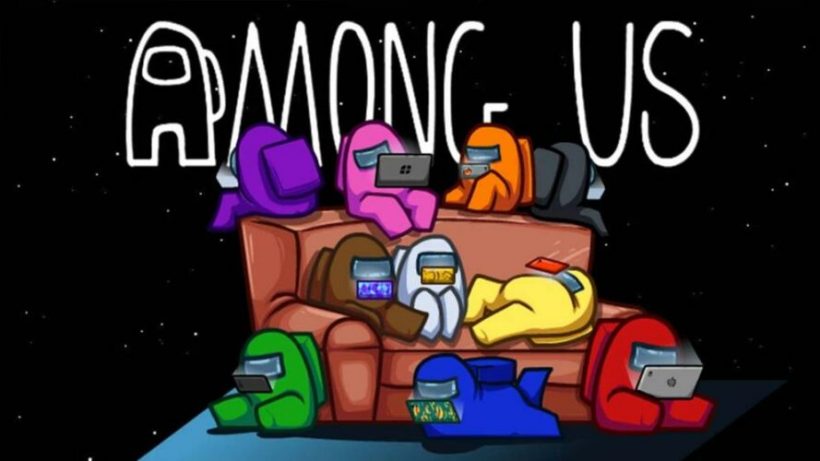 Among Us is an international trending game that can be played on your mobile, tablet, or computer. This free app was designed by InnerSloth and launched on june 15th, 2018. Due to quarantine and the new “covidianity”, this game has been trending as one of the most popular action-based games. Among us, it is trending now, after two year of being released, because Sodapoppin (a famous video game player) posted a video playing it with some colleagues. Most viewers seemed to enjoy the game, which shortly became popular in the world of YouTubers, until it obtained the fame it has nowadays.

To play the game, there will be a maximum of 10 players who will be divided into pairs. These will keep the ship alive by doing tasks, but 1-3 of the players are ‘impostors’, whose objective is to kill all the crew-mates and sabotage the ship without being identified.The crew needs  to identify the impostors before getting killed, while maintaining the spaceship on board by doing their tasks. You can play this entertaining game with your friends, by entering a code in common, or with people from all over the world, by playing  in public mode. To make this experience more fun, most people play while talking with other players through apps like Discord, facetime, and houseparty. There is also a chat included in the game, where players can talk to each other during meetings, as long as  they are still alive.

On September 17, 2020, Among Us exceeded 85 million downloads on mobile devices. InnerSloth also announced that instead of doing an Among us 2, they will focus on upgrading the app we use today. According to Sensor Twoter, the countries in which it has reached the highest peak of downloads are the United States, Brazil, Mexico, South Korea, and the Philippines. Personally, I love this game. I’ve had so much fun playing with my friends, and it’s also easy to understand. I recommend you to see some youtube videos of tips and tricks if you want to get better and win every game. I love playing in both private and public mode, plus I’ve had the pleasure to make some amazing new friends in this app and get to know them a little bit more. However, be careful, since it can be a little addictive. I completely recommend it, and I hope you check it out if you haven’t  done so yet.