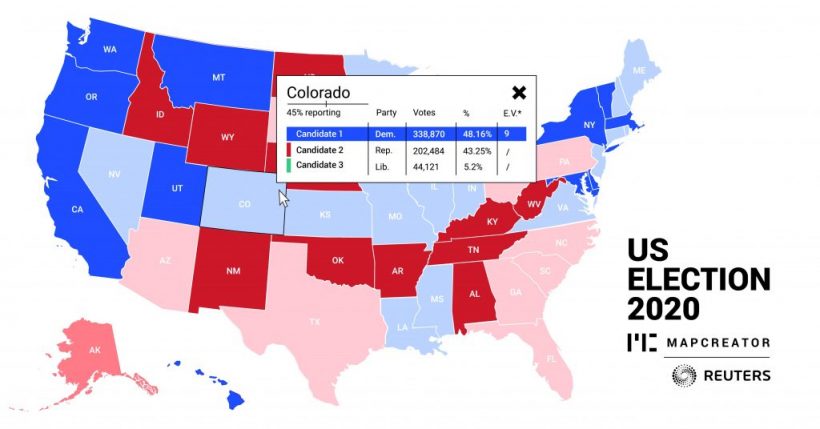 There is no doubt that the US society is completely divided when it comes to the presidential elections . Americans are motivated and speaking their thoughts, which is reflecting on the numbers. The election has become the topic everyone is talking about. Not only Americans  but people worldwide are interested in making every American vote and exercise their right  since the results from these elections may affect other countries’ economies more than ever. As I said earlier, society is completely divided, the nominees President Donald Trump and former Vice- President Joe Biden are two characters who have caused controversy, not only because they are from different political parties, but because of their personalities.

The predictions show that Joe Biden is favored to beat Donald Trump even though statistics show that Trump still has a 1 in 10 chance, everything points to the democratic candidate Joe Biden winning this election.

When we see the projection by state, Pennsylvania is the most likely tipping-point state, and a lot of Biden’s chances in the Electoral College hinge on what happens in the Keystone State. One of them needs 270 electoral votes  to win, and it seems unlikely that one of them will hit this amount.

On the other hand, people on social media are going crazy and making a movement by creating hashtags, uploading pictures of statistics, voting envelopes, and other things related to voting. Personally, I think this will have a positive impact on the elections  since the majority of the US population are on social media.

The elections will end on November 3rd and later on that week we will know the results on who the winning team is.