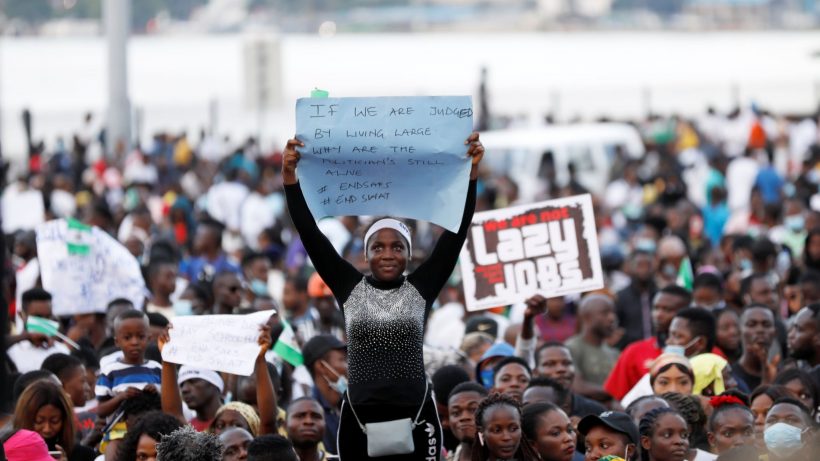 You are probably wondering what “SARS” means; let me explain. SARS stands for: ‘The special  Anti-Robbery Squad,’ a Nigerian police unit established in 1992 to combat armed robberies and crime. The problem is that since its inception it has been accused of violent harassment, theft, intimidation, exhortation, physical, and sexual violence, by  the movement ‘#EndSars’. Young people of Nigeria created this movement to end police brutality and ask the government to reform the current system, starting with the dismantling of SARS . The government’s response to this wasn’t great. On October 20th, 2020, the executive governor of Lagos state Babjide Sanwo-Olu instituted a 24-hour curfew to stop citizens from peacefully protesting. The curfew order began at 4 pm, which led to anti-riot police officers shooting protestors at Lekki Toll Gate, killing seven people. There isn’t much attention from the media regarding this issue because technically, Sars was disbanded on October 11, 2020. Still, the injustice hasn’t stopped, and not only this, but it isn’t the first time that Sars has disbanded, so it’s probably being re-formed.

Nigerian people are now calling for the release of all arrested protestors, justice for the victims of police brutality and their families, a complete overhaul of the police system, and the independent evaluation of Sars.

What can you do to help? Post about it on your social media, spread awareness about the topic, and sign petitions. Please be careful which ones you decide to sign since the Nigeria government makes some petitions and we shouldn’t support the government because they only care about their benefits. Remember that social issues aren’t ‘trends,’ so please inform yourself and others by spreading awareness about the issue.  #EndSars