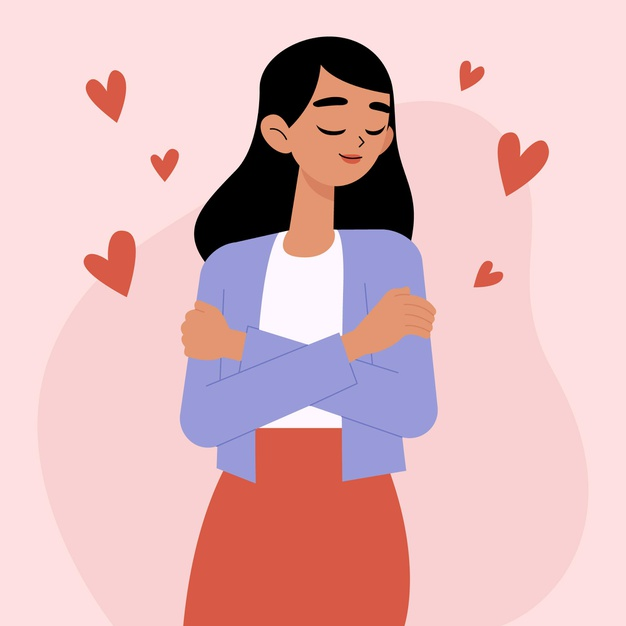 It was a new day, although it certainly didn’t feel like it. Every morning was the same: wake up from my standard twin bed, shower, eat an enormous amount of proteins and greens, brush my teeth until they’re shinier than a diamond field, and put coats on coats of makeup. Still, it wasn’t enough. No matter how much I changed my appearance, I didn’t feel good about myself.

I’m not going to go to the extreme of saying that the girls in my school look like goddesses, but I’m also not going to sell them short by telling you they’re ugly. From the looks of it, everyone has their lives together. Well, everyone but me.

It was with this gloomy attitude that I found myself eating an apple in the middle of my school’s crowded cafeteria. To my dismay, none of my friends had come to school that day. Yes, you read that correctly, friends, as in more than one. I can barely believe it myself. Anyway, I was sitting alone on a questionable table  when I started looking at my classmates (again). I usually look at their image. Clothes, hair, nails, etc.Anything that helped me look like them. This time, though, I saw something I’d never seen before.

I saw their faces. Not their makeup or their cute freckles, but what was underneath. I saw worry, fake smiles, and plastered happiness. I looked all over that crowded room, only to find everyone wearing the same expression. After double-checking, though, I found a face that differed from the others. A girl with a genuine smile.

I suddenly realized that I’d seen her before. The problem was that my focus laid somewhere else. As you can probably tell, that somewhere else involved a beauty magazine. Desperate to feel better, I hastily walked over to her table and asked if there was a particular reason for her noticeable joy. She looked over and simply said: True happiness isn’t dictated solely on one’s physical appearance. If you don’t tell yourself that you’re good enough, you never will be. Suddenly, the next morning wasn’t the same.