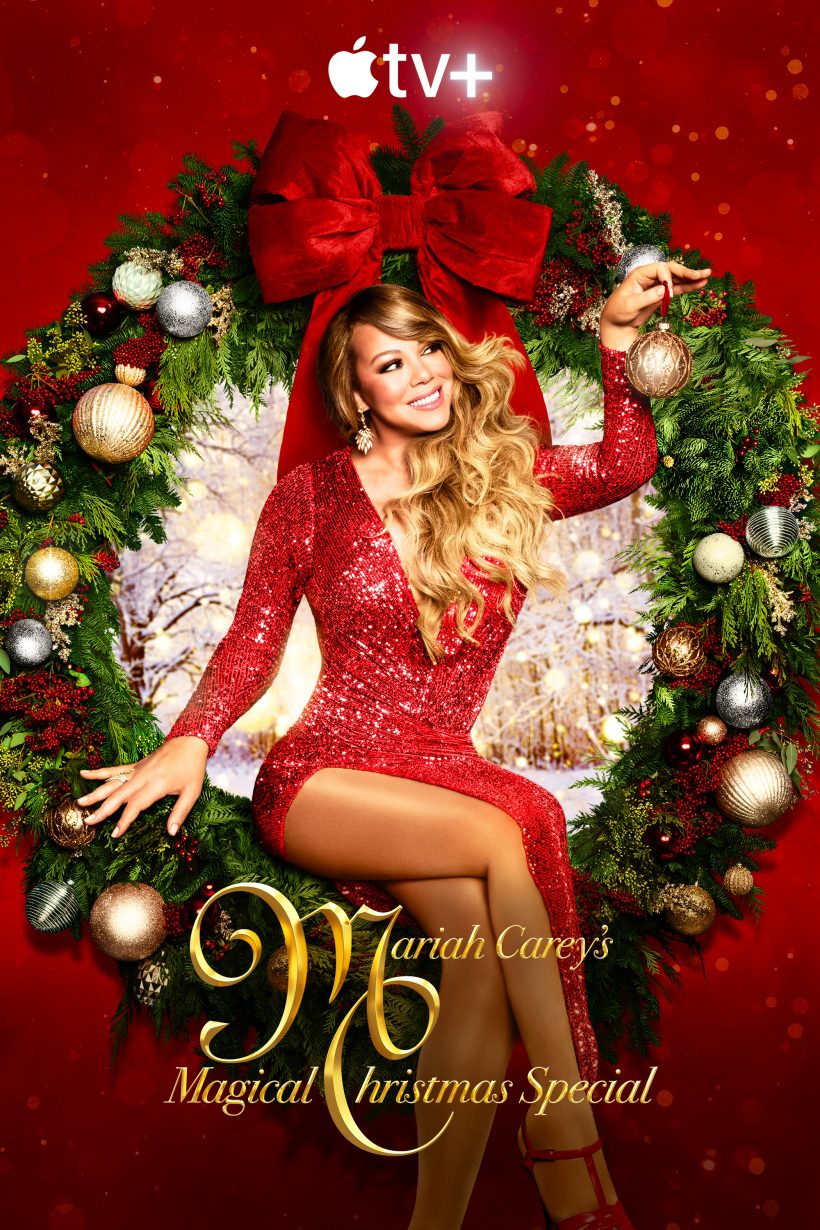 This past 4th of December on Apple TV+, Mariah Carey, who has taken the nickname of “The Queen of Christmas,” aired the long-awaited Mariah Carey’s Magical Christmas Special. She did so in commemoration of the 25th year of dropping her debut Christmas album in 1994, “Merry Christmas,” containing the iconic single: ‘All I Want For Christmas Is You’. Carey comments that she started making the production before the pandemic hit, but continued filming with all of the precautions because she felt that this year we were going to need all of the spirit we could get to make this a special Christmas.

The special starts with Santa having a holiday spirit crisis, like all of 2020, to help, he calls none other than The Queen of Christmas herself. Through the show, there are a lot of special appearances such as Tiffany Haddish, Billy Eichner, Ariana Grande, Jennifer Hudson, Snoop Dogg, Misty Copeland, Jermaine Dupri, Mykal-Michelle Harris, Carey’s twins Moroccan and Monroe, and of course all of Santa’s elves! In the special, we also got a revamped version of Carey’s single “Oh Santa!,” featuring Ariana Grande and Jennifer Hudson, which is available on all streaming platforms, and the music video is up on Youtube.

In an interview with Entertainment News, Carey speaks about how she was “so excited to work with such incredible artists and just really to bring [the Special] to life.” She also says that she hopes that people don’t just think that Christmas is canceled this year because of Covid. She says, “[Christmas] Never can be canceled for me. I’m going to enjoy it. Even if I’m the onliest one, sitting in front of my screen, looking at it with the kids, wearing onesies — we’re getting festive. And that’s what we’re doing.”

To that, I say: You deserve it, Queen! If anyone deserves to enjoy Christmas is Mariah Carey, for all of the love and support she’s been giving us with her miraculous tunes that make Christmas time just so much better. If you haven’t yet, I recommend you to watch the Christmas Special because it transports you into a magical place filled with dreams, and I feel like that’s exactly what we need right now.