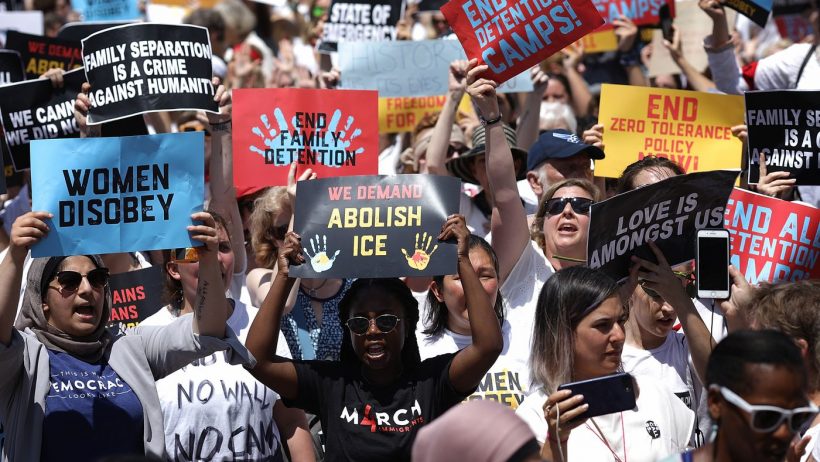 Most people who don’t live in the US don’t know what ICE is, so let’s start with the basics. ICE stands for Immigration Customs Enforcement, it was created in 2003 after the 9/11 attack. It’s divided into three major offices, but the one we will be talking about is Enforcement and Removal Operations. This division detains and deports unauthorized immigrants already in the U.S. At first, during Obama’s administration it focused on deporting immigrants who had committed serious crimes but with Trump’s administration, it changed. They now focus on anyone illegal in the country.

So why do people want to abolish the ICE? One of the first controversies ICE had was the “kids in cages.” A lot of people came forward with statements affirming that the way they treat immigrants on the border is inhuman; the kids and families were in cages. Of course, this terrorized a lot of people, but the problems with the ICE didn’t stop there. They have separated a lot of kids from their families at the border, and their most recent controversy was the statement of immigrant women that explained how they forced them to have a hysterectomy. For those who don’t know, a hysterectomy is an operation to remove a women’s uterus, making her unable to reproduce. Most of these women stated that they just went for a routinary consult and were forced to have the operation; when they asked why they didn’t get an answer or were told to shut up. On top of that, they tried to deport women that witnessed these events. To put an end to this, Fox News announced that immigrant women would  no longer be seen by the doctor accused of doing nonconsensual operations. Still, ICE has done so many bad things that it shouldn’t stick around for much longer.

Ever since the administration change that happened this November, some families have been reunited, but the ICE is still functioning. Now that Trump is gone, we are hoping that ICE can be reformed into an organization that treats immigrants like human beings, and concentrates on getting criminals and dangerous immigrants out of the U.S., instead of focusing on innocent people that just want a brighter future for them and their families.