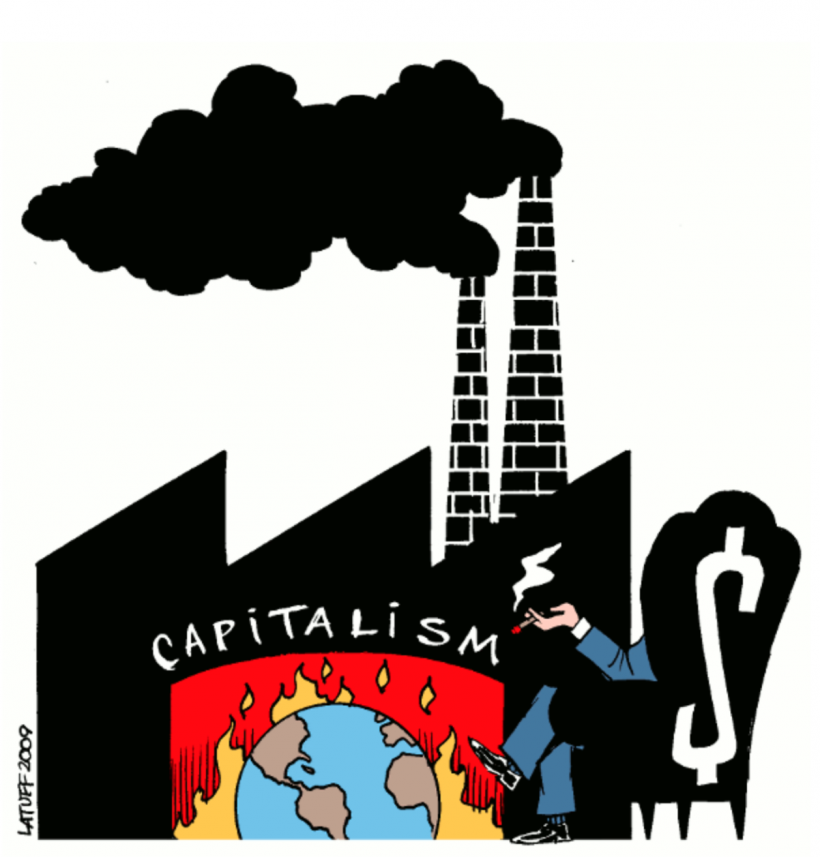 Capitalism is the origin of most of the planet’s environmental issues. Capitalists’ beliefs conflict directly with environmentalism. , Capitalism requires incessant growth of production to maintain stability, but in a world of finite resources, this is a goal that is impossible to achieve. Perhaps if we examine how what we call progress and capitalism has inflicted damage to our world, we can develop some possible solutions to this very complex issue.

A History of Destruction

We can track down the present crisis to the European lifestyle in both America and Africa. The relationship the indigenous people had and still have in some areas could be

described as symbiotic, creating planetary homeostasis. However, the arrival of Christopher Columbus resulted in the importation of Europeans and Capitalism’s everlasting desire for growth, and the colonizer’s avarice has destroyed the Earth.

Since then, capitalismhas had a constant history of destruction. Examples of this are the use of fossil fuels to acquire more profits and prompt an unsustainable way of living during the Industrial Revolution, colonizers invading America and bringing foreign animals that are invasive to the land and destroying indigenousplant life. Capitalism left only a history of death and destruction in its wake, and to save our planet, it must be abolished. 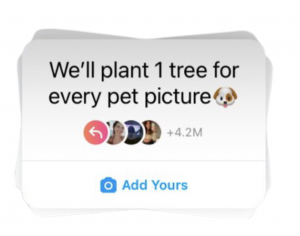 Many corporations try to push the idea that the blame for climate change is on the consumers and not on capitalist greed. There have been many “green” campaigns with the intent to appear as though market interests align with environmentalism when historically, this has never been the case. In reality, countries export their polluting businesses to the third world while simultaneously promoting cleaner industries within their own countries. Capitalists’ ideas never have and will never be beneficial to preserving and restoring the environment. Let me illustrate what I am saying with an example. There’s an Instagram trend around where a company said they would plant a tree for every pet picture posted with the new Instagram sticker tab. At the moment this article is being written, there are already more than 4 million pictures posted. This shows just how much of a marketing strategy this is rather than said company trying to help the environment.

To save our planet from the climate crisis, we cannot rely on market economics and capitalism. Colonialism continues to decimate our planet as well as our relationship to it. If we wish to attain planetary homeostasis, we must destroy the fossil fuel industry, achieve animal liberation, increase biodiversity in farms by using both wild and domesticated plants, controlled burns of forests, accounting proper use of resources, deurbanization, and many more things. While everyone should do their part, individual action alone will not save us from climate crises. As temperature rises and more and more natural disasters wreck our cities, it’s clear that what is happening is a crime. The people who are actively destroying the environment; the CEOs and politicians sitting on their hands and talking about “believing in climate change” while people actively trying to make an impact are being arrested and the Earth keeps rotting away.

I want to end with a quote from Naomi Klein’s book, This Changes Everything: Capitalism vs. The Climate that says: “It is a civilizational wake-up call. A powerful message-spoken in the languages of fires, floods, droughts, and extinctions–telling us that we need an entirely new economic model and a new way of sharing this planet.”