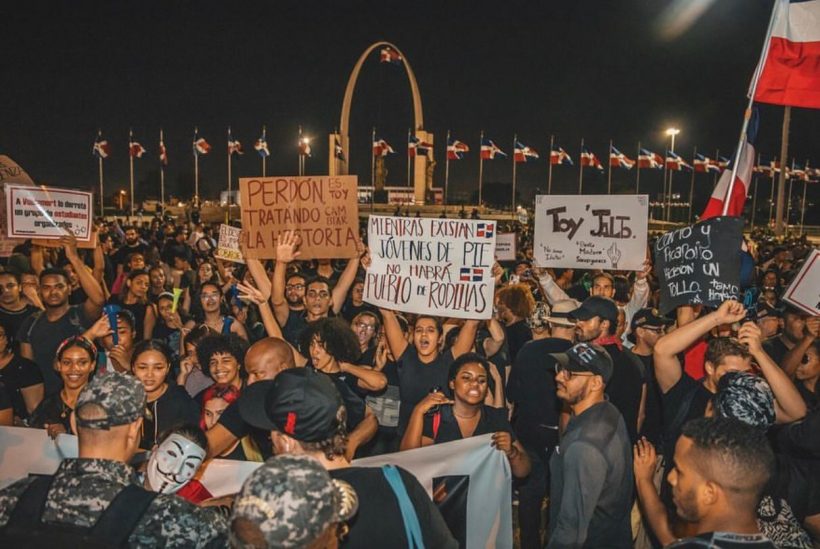 -Before I head to the article I´d like to put you, the reader into some context of what’s happening. As you all know (as I assume), on February the 16th, our country had programmed municipal elections, in which a so-called “computational malfunction” caused a complete cancellation of them, which was the first one in DR´s electoral history. Although the political parties (including the one of the actual government), and the Junta Central Electoral (JCE) claimed their innocence, the people got angry and started protesting peacefully.

It’s been over a week of protests and there´s no signal of calming down. The youth, is heading a series of activist movements like “Vamo pa’ la Plaza de la Bandera”, “El Cacerolazo” and others all of this in search of transparency in the electoral process and the answers about that mishap that took place.

Some of the consequences of the cancellation were the following:

· The loss of a little over 14 billion Dominican Pesos (over 270 million US dollars) in campaign, the purchase of the computerized voting system, and other expenses.

· The re-scheduling of the municipal election; whish will cause more expenses from every political party.

· The return to the old method of manual voting, assuming it’ll be easier to maneuver.

· The common irritation of the Dominican population.

· The possibility of a constitutional reform, in which will come some severe unwanted changes.

In the marches, we can appreciate a wide variety of messages calling for responsibility and awareness about our situation. Some of the phrases and quotes we can appreciate come from different natures, including modified lyrics of popular songs and self-created thoughts. Some of them are a little bizarre and inappropriate, but all of them have a strong claim towards the situation.

In the cardboards we can appreciate some the following messages:

Everyone is waiting for the answers while even European countries and some US states are supporting by marching on their cities to support our country. We’re expecting a new response from the authorities, while the people will keep on creating new peaceful ways to call for their rights and for fairness.