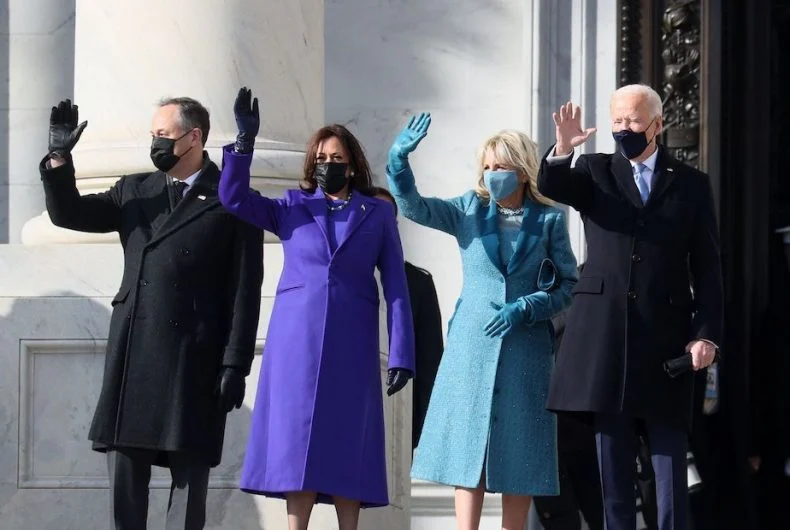 Joseph Biden and Kamala Harris’s presidential inauguration took place on Wednesday, January 20th, at the US Capitol in Washington DC. Both of them made history; Joe Biden being the oldest person to occupy office, and Kamala being the first woman of color with South Asian heritage to become Vice-President. Usually, former presidents and vice presidents attend the inauguration. This year, those who attended were: former Vice-President Mike Pence, former President Barack Obama and first lady Michelle Obama, former President Bill Clinton and First Lady Hillary Clinton, former president George W. Bush and first lady Laura Bush. This is the first time in 150 years that the outgoing president, Donald J. Trump, does not attend the successor’s inauguration.

Father Leo J. O’Donovan delivered an invocation prayer, and Reverend Dr. Silvester Beaman gave the benediction. Andrea Hall recited and signed the pledge of allegiance, Lady Gaga sang the National Anthem, Lopez performed a series of patriotic songs such as “This Land is your Land,” and Katy Perry closed off with her hit song “Firework.”  Amanda Gorman recited her poem “The Hill We Climb,” where she stated: “Democracy can be delayed but not defeated,” which is very suitable to what’s happening in America today.

The swearing-in of Biden and Harris is the first step towards a ‘change of era’ after the presidency of Donald Trump. “Democracy has prevailed,” declared the already president in his speech from the steps of the Capitol, the scene of just two weeks of an assault by Trump’s supporters that has tarnished the transfer of power.  Biden’s message has also been one of unity and tolerance in his role as president. He has insisted on his promise to heal the wound in an incredibly divided United States: “We have to end this uncivil war,” he said in his speech.  “We have a lot to do, a lot to heal,” said Biden, referring to the circumstances the country has had after the pandemic and a lot of riots. He has made a call for all Americans to put their differences aside and work together to progress as a country.

Harris focused on positivity in her first speech. As Vice-President, she wanted to portray the message of “believing in what they could do together as Americans.” Similar to her partner’s speech, she talked about moving forward from the aftermath of COVID-19, the racial injustice, and the political battles that have been going on in the country for the past several years. “We not only dream, we do. We not only see what has been, we see what can be, we are undaunted in our belief that we shall overcome, that we will rise up.” She added to end her speech.

Biden has an ambitious action plan under his arm in his first 100 days that includes a package of 1.9 billion dollars in aid against the coronavirus crisis, measures to deactivate some of Donald Trump’s toughest policies, or a plan to regulate  immigration. He began his work by giving Americans something they have sought for years: hope.

All credits of the first image go to Collater.al.