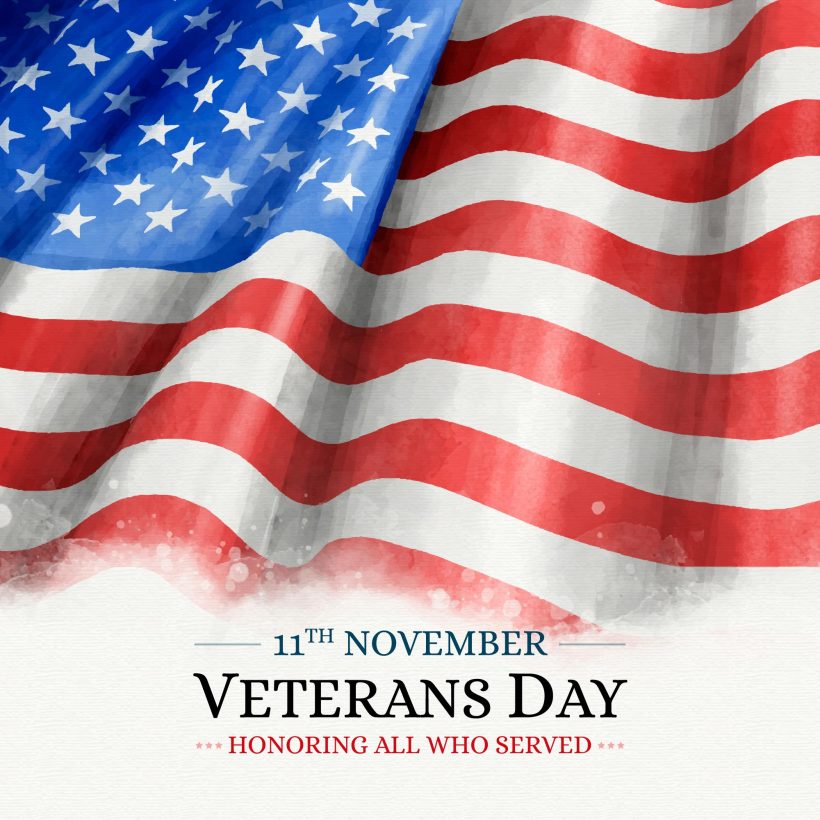 Veterans Day is celebrated on November 11th of every year. It was originally called Armistice to remember the end of World War I with the armistice agreement, which ended on the 11th hour of the 11th day of the 11th month of 1918. Later, in 1954, president Dwight D. Eisenhower changed it to Veterans Day. This day is meant to recognize and commemorate veterans of all wars who served to save the United States. These people are an example of integrity, service, courage, duty, honor, commitment, and sacrifice.

The Uniform Holidays Bill was passed by congress in 1968, becoming official in 1971 to assure long weekends for individuals, and was moved to the last Monday in October. Not much longer, in 1975, President Gerald Ford returned this celebration to November 11th due to its historical significance.

In 2019, the states with higher veteran populations showed to be: California with 1.56 million, Texas with 1.46 million, and Florida with 1.44 million.

According to History.com, Great Britain, France, Australia and Canada, accompany America in the celebration of this day.

Many parades and services are made throughout the country to honor veterans.  A National Ceremony is made every year at Arlington National Cemetery where the president gives out a speech that credits veterans.  Big cities, such as New York, San Diego, and Dallas, offer parades to celebrate Veterans on this day. Said Veterans will be asked to stand up to be applauded at football games and church services. Many people put up their US flags to show compassion and patriotism for the armed services.  At 11 am on this day, a moment of silence is made for those who served.

This year’s 102nd annual Veterans Day Parade came back to New York’s Fifth Avenue, after not being able to execute it last year because of the COVID-19 pandemic. It included marching, vintage military vehicles, and elected officials such as Mayor Bill de Blasio.

To also celebrate and honor these individuals on November 11 of this year, restaurants in the US have decided to offer them free meals. Some of these restaurants include IHOP, Denny’s, Krispy Kreme, Hooters, Guac Amigos.

Since then, people all around the world take November 11th of every year to commemorate those who fought in the war.