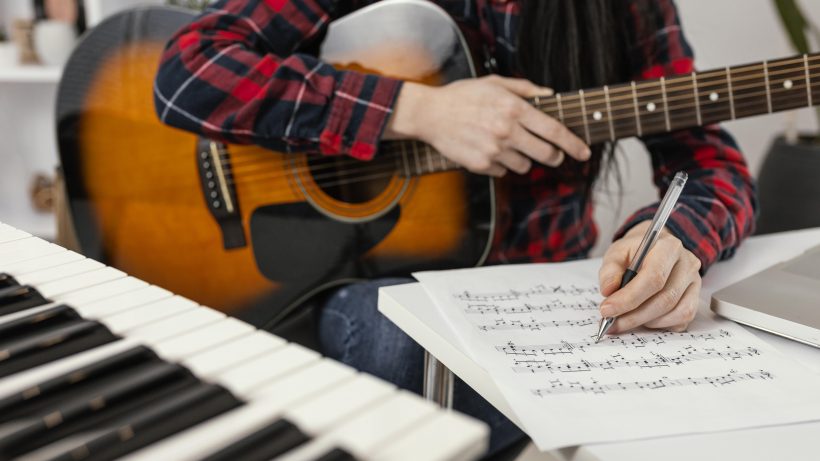 The International Musician Day is a holiday celebrated on November 22 to honor all the people who have a special connection with music, know about it or play it in any sort of way. More than 120 countries commemorate this day where we acknowledge all musicians or music lovers who often feel unrecognized and not appreciated enough.

Music is an essential part of humanity. The making of music and its instruments is a universal culture that has its beginning around 35,000 years ago. Music is everywhere. Not only in songs but in the sounds of objects, nature, our voices, and many more. But how was Musician Day invented?

This festivity started on November 22, many centuries ago, in a little French area located in Evreux, Normandía. They held a compositors tournament so that people could freely express their art. After this, they have celebrated International Musician Day in Edinburgh, Scotland, since 1695. From there and on, it started spreading to nearby countries like Spain, France, Germany, and many other countries in the world.

This date commemorates the death of Santa Cecilia de Roma, a noble Roman Christian. According to the Victoria and Albert Museum Blog written by Joanna Brogan, rumors are that during her wedding St. Cecilia heard heavenly music in her heart, resulting in her status as patron saint of musicians.

This tradition to celebrate this day didn’t reach Latin America until 1920. In Rio de Janeiro, Brazil, they held a festivity in honor of this day. From Brazil, it started to spread to the majority of the region’s countries. Not all countries celebrate it on the same day. For instance, in France, World Music Day is celebrated on June 21.

They celebrate this day in many different ways. Every country has its little tradition. But, they all have in common that the main characters are the musicians, famous or not. Many countries organize free public concerts or shows in parks, stadiums, and other public places. Anyone who feels inspired to share their love for music gets up on the stage and sings, plays any instrument of their choice, and more. Many countries take this opportunity to honor their best musicians.

The truly primary purpose of this day is to appreciate those who are brave enough to get up and express their feelings through songs and melodies. Music is one of the most significant parts of human lives,  and without it, our lives would be miserable and incomplete.